Elder abuse is any act which causes harm to an older person and is most commonly carried out by someone they know and trust and can be unintentional or deliberate. Statistics show that in Australia between 2% and 10% of older Australian's experience elder abuse in any given year, and evidence suggests that most elder abuse is intra-familial and intergenerational.

Executive Manager of CatholicCare Aged & Disability Services acknowledges the severity of this issue given Australia's ageing population. "With the number of older Australians continuing to increase significantly, elder abuse is something that is inexcusable," said Kate Nolan.

"Elder abuse can take many forms and people may be subject to more than one type, including emotional or psychological abuse, neglect, financial abuse, physical abuse, social abuse and sexual abuse," she continued.

The reasons for such abuse vary, and can range from a persons inability to cope with the older person's care needs, or sometimes the abuse begins in earlier years and continues through into old age. Kate Nolan expressed CatholicCare's commitment to ensuring the safety of older people not only those in our care but in the wider community.

"Our staff are trained in the identification of abuse and relevant reporting requirements. But like other forms of family violence, elder abuse is often hidden. What is imperative, is generating awareness of this issue, in the hope of creating an environment where people have the confidence to speak up and/or reach out for assistance.

"We offer advocacy and support services to those touched by elder abuse, to ensure they receive all of the right information for their own individual circumstances." 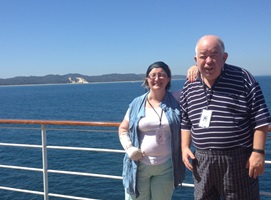